On 6. Sep. At Kenpo plaza in Sendagaya, ”The 336th Multiple-dwelling House Seminar” was held under the auspices ”Shugo Jutaku Kenkyu Kai”. We conducted a lecture about the project of Fujisawa SST. ”Shugo Jutaku Kenkyu Kai”(a society for the study of multiple-dwelling house) is a private organization that consists in some architect offices where conduct a project, planning and design of Housing. They have been working on them with the aim that study about design technique and planning, promote mutual communication among members, and contributing to the improvement of urban housing and the advanced condominiums. Fujisawa SST challenges to build a new smart town based on “actual lifestyle” not “technologies” in accordance with the new underlying concept and the process of how it was built. At this time, as Fujisawa Sustainable town attracts attention on a new way of developing a sustainable town and community building, its project was adopted.

On that day, about 40 people such as Housing-related persons, experience and academic persons participated in. The first of all, by Panasonic corporation, the lead organizer of Fujisawa SST council, there were explained about ”the guideline of Fujisawa SST project” and ‘the concept of town building’. Starting from a lecture on a way of thinking for dwelling of Matsushita Kounosuke, the founder of Panasonic Group, we introduced an advanced effort based on the concept of a ”Bringing energy to life”. The Next, Pana home corporation explained about ”the Town Design of Fujisawa SST”. There were introduced some technology of PanaHome which support ”100-years long town”, mainly to operate as a ”virtual Gated Town” realizing the safety and security without gates or barriers and also to make efforts for a disaster prevention. In the opinion-exchanging, the questions about the security services, the town management and the committee center which is a meeting center for residents were followed. An unprecedented effort in Fujisawa SST had attracted attention. 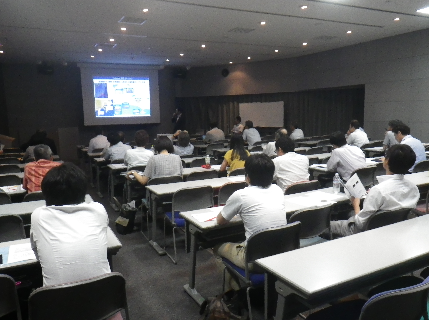 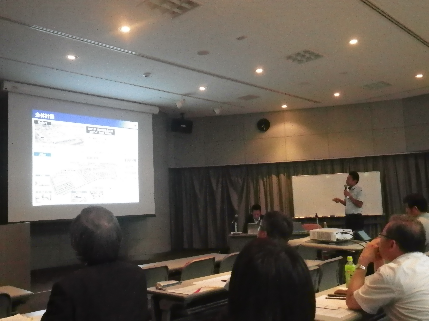