On November 22, 2021, Mr. Yamagiwa, Minister of State for Economic and Fiscal Policy, paid a visit to Fujisawa SST.
Fujisawa SST received a request to present its initiatives as an example of a cutting-edge automated delivery robot system being developed by the industrial sector.

For his visit, we introduced the overall outline of the Fujisawa SST project and our efforts as an innovation field developed through co-creation with residents. As one example of these activities, we explained the robotic delivery solution that is being used as a part of the mobility solution initiative at Fujisawa SST. Then, Minister Yamagiwa held a Hometown Circle Discussion (*) with the other participants. Lastly, we gave a delivery demonstration using an automatic delivery robot and introduced the Fujisawa SST neighborhood.

Minister Yamagiwa said, “The decisive difference between Fujisawa SST and other fields is that, for your new initiatives, you have the cooperation and understanding of the residents. I want companies to take on various challenges while engaging with residents. I want the government to continue to support your efforts. ”

(*) Hometown Circle Discussion
A discussion method that engages with and values dialogue with residents that was first announced by Prime Minister Kishida in his general policy speech. The approach has government officials (ministers, deputy ministers, policy officials) engage with small groups of residents and concerned parties, focusing on a particular topic and inviting them to share their true opinions in a discussion circle. The discussion aims to both explain important government policy goals while also allowing participants’ opinions a chance to positively influence policy. 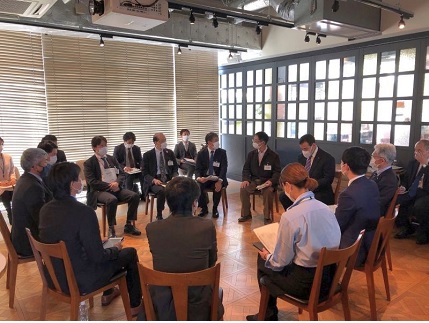 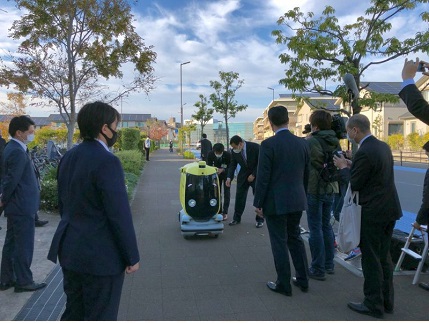