On Sunday, 13.Nov.2016, “Fujisawa SST disaster drill was held The first section, some drills were held that to display disaster information automatically on each family “s smart TV screen at home by “Disaster-Prevention Push notification TV “, and to make all residents safety confirm by patrol check with a group leader and Disaster prevention association for the entire town.
We had some problems to be solved because of the first time, efforts, but the safety of about 90 % of 300 families had been confirmed.

The second section, the residents had assembled for a drill based on the theme “make learn and provide with everyone”.
We conducted them making sure of some disaster prevention equipments and an evacuation place for disaster, tasting emergency foods, receiving the first aid lecture by Fujisawa smart town clinic and so on. Children had a study of a disaster prevention playing Japanese traditional cards “KARUTA “, giving a quiz about it and training by using a fire extinguisher.

It became the meaningful disaster drill because of many residents taking part in.
Understanding continual safety and security via our CCP (Community Continuity Plan), We are going to efforts to be conducted by “a resident-led ” even in an emergency. 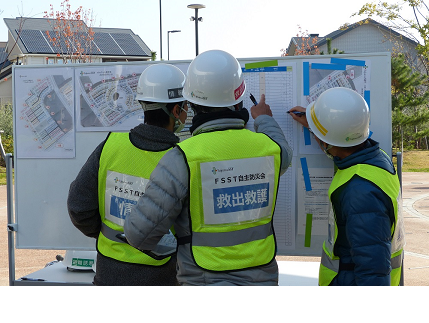 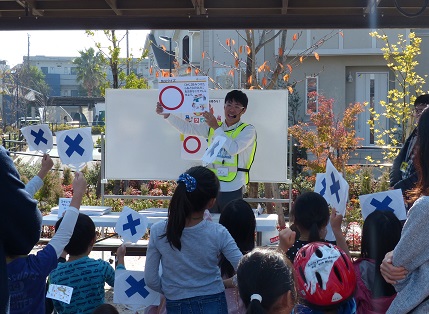 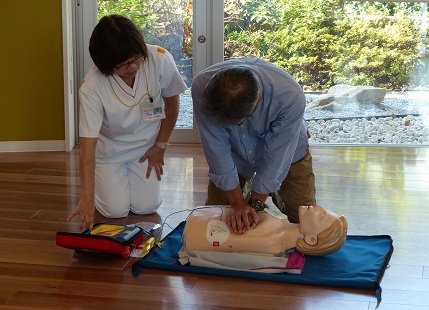 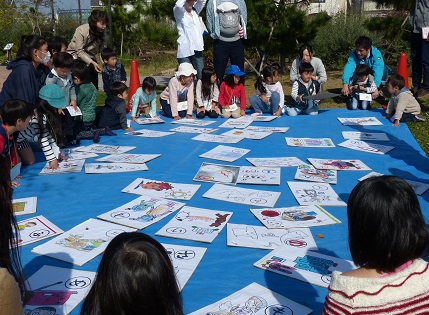